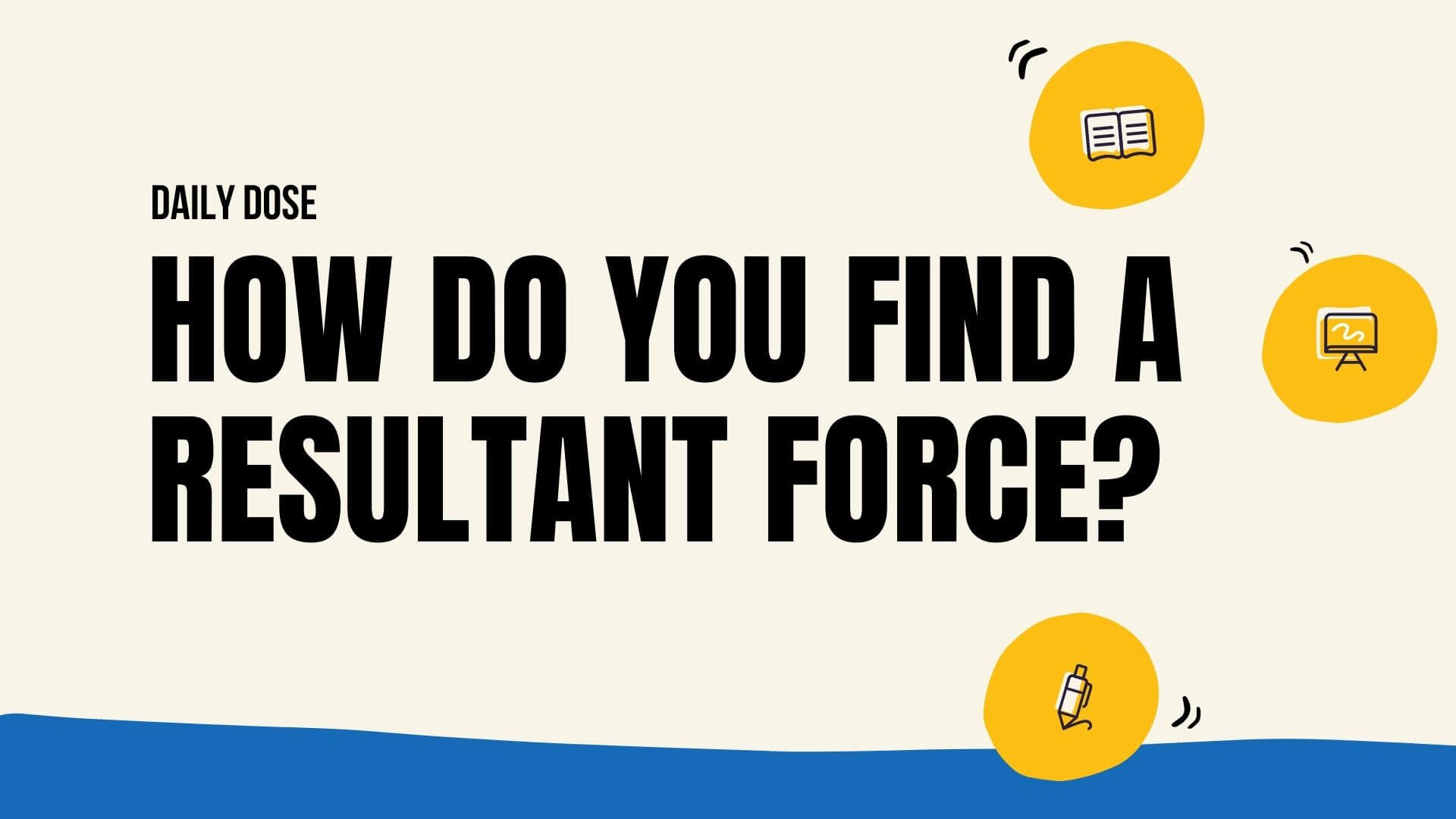 [PART 1] How do you find the resultant force of a set of forces acting on a hook?

Without a doubt, aside from the pure Mathematics, the most broadly applied subject you will encounter in the practice of engineering is Statics.

The theories found within this subject are foundational to much of the material you will encounter in the areas of Dynamics, Mechanics of Materials, Fluid Mechanics amongst others – so with that, we need to get to work.

In this video, we dive in to a FE Exam Practice Problem in the subject of STATICS, specifically revolving around determining the RESULTANT OF A FORCE SYSTEM acting on a hook…this is PART 1 of 2 for this particular problem.

What is a FORCE SYSTEM?

A FORCE is most commonly defined as “the cause of change in the state of motion of a particle or body”.

Formulaically, it can be defined using:

A FORCE is a vector quantity, having a magnitude, direction, point of application and line of action.

When MULTIPLE FORCES are acting on an object, the collection of FORCES can be referred to as a SYSTEM OF FORCES.

In this case, this FORCE SYSTEM will have a SINGLE RESULTANT FORCE manifesting itself as an action on the object.

Check out the video and see how we can go about solving this type of problem in the most efficient manner.

As always, with Love, Prepineer

How to find the resultant of a system of forces

Come Join with us around the social interwebs as we share unique resources, strategies, and materials to help you prepare for your upcoming FE Exam.

CLICK EACH LINK TO JOIN OUR PARTY:
< Go back to the AIT Resource page